We examined trophic relationships (Layman metrics including food chain length, or FCL) among fish in the Upper Mississippi River system in relationship to hydrogeomorphic complexity and ecosystem size. We collected tissue from fish and molluscs during moderate to low water conditions over ~2 summer months from 4 hydrogeomorphic zones spread over ~6° latitude and 1,019 river kilometers. Organisms were collected from 2 sites per zone and 1-3 mega-habitats per site (main channel, side channel, true backwater). From upstream to downstream, the hydrogeomorphic complexity includes the single channel St. Croix River, a natural fluvial Lake Pepin, an anastomosing zone, and a meandering zone with a few islands. Basin area increased from 10,150 to 338,924 km2. Bulk-tissue, stable isotope ratios of carbon (δ13C) and nitrogen (δ15N) were determined from basal consumers (herbivorous, suspension feeding mussels) and fish in up to 4 functional feeding groups: piscivore, invertivore, planktivore, and algivore-detritivore. Unionid mussels were collected in the upper 3 zones, but only dreissenid mussels occurred in the most downstream zone. Fish species varied somewhat along longitudinal and lateral dimensions. Trophic complexity and FCL increased with overall hydrogeomorphic complexity, as hypothesized in the Riverine Ecosystem Synthesis, but did not increase consistently with watershed size, in contrast to predictions of the Ecosystem Size Hypothesis. In opposition to our initial prediction, however, fish trophic complexity was greatest in the main channel and decreased laterally within the riverscape. As predicted, fish community composition varied significantly between the main channel and slackwater regions. 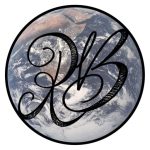